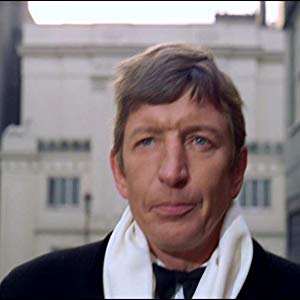 Terence Longdon appeared in four early black and white Carry Ons. His main roles were in the first two films in the series. In 1958, he had a significant supporting turn as Miles Heywood, an upper crust chap who although doing National Service and coming from a military background, did not want to make his career the army.
Terence Longdon is a member of Actor

💰Terence Longdon Net worth and Salary

Terence Longdon appeared in four early black and white Carry Ons. His main roles were in the first two films in the series. In 1958, he had a significant supporting turn as Miles Heywood, an upper crust chap who although doing National Service and coming from a military background, did not want to make his career the army. This came as a great disappointment to Eric Barker! Terence then graduated to the role of romantic lead in Carry On Nurse, mainly due to the absence of Bob Monkhouse from this film. In Nurse, Terence played journalist Ted York, holed up in the men's ward at Haven Hospital. Originally he was set the task of writing about what the NHS was really like, however that is soon forgotten when he falls for the charms of Shirley Eaton's Nurse Dorothy Denton.

Longdon missed Carry On Teacher, the next film in the series, but returned to Pinewood for a cameo role as a dodgy confidence trickster who nearly cons Police Constable Kenneth Williams out of his Post Office savings in Carry On Constable. This one scene is a marked change for Terence and this role together with his part in the next film jar slightly. It feels like he is simply being included as a familiar face while being given little to do. In Carry On Regardless, Terence is limited to just a few scenes as one of Sid James' Helping Hands. He barely gets a look in as Kenneths Williams and Connor get the majority of the screen time.

And that was it for Terence and the Carry Ons. Terence recorded audio commentaries for two of his Carry Ons in 2006 and according to him, he was asked to become a series regular after Regardless but turned it down as he wanted to do other things. That would explain why he did not appear in any other series entries. So what else did Terence Longdon get up to in his career?

Terence made his first screen appearance in 1951, playing the role of Metellus in a television play entitled Androcles and the Lion. This was followed by several other roles in the 1950s and early 1960s. He appeared in the following films: Simon and Laura (starring Kay Kendall); Helen Of Troy (with Nora Swinburne and Stanley Baker); Jumping For Joy (with Frankie Howerd); Doctor At Large (with Dirk Bogarde); Another Time, Another Place (with Sean Connery, Lana Turner and a certain Sidney James); What A Wopper (again with Sid James) and perhaps most famously in Ben Hur, playing Drusus.

On television, Terence starred in a children's series called Garry Halliday between 1959 and 1962, playing a Biggles type character who was always off on thrilling missions. He also took roles in such series as The Army Game, Danger Man, Ivanhoe and Emergency Ward 10.

Later in the 1960s, Terence Longdon returned to the theatre and played in several long theatrical runs, both in the West End and further afield. He even spent six months on a tour of the United States with the Old Vic. This meant screen roles became few and far between, although he did appear in an episode of The New Avengers in 1977 alongside Joanna Lumley, Martin Shaw and Lewis Collins. He also popped in films such as The Wild Geese and The Sea Wolves, both in the late 1970s.

On stage, Terence worked in the West End with the likes of Peter Cushing, Stanley Baker, John Gielgud and he even understudied the great Paul Schofield. In the early 1950s he spent three years at Stratford, playing roles that included Cassio in Othello, Prince Hal in Henry IV, Part 1 and Oliver in As You Like It. He later completed over 1000 performances in the West End in the comedy The Secretary Bird.

In 1982 he turned up in the cobbled streets of Weatherfield, playing Wilf Stockwell, a client at Mike Baldwin's denim factory. This brought Wilf into contact with the legendary Elsie Tanner and the pair became rather friendly, much to the dismay of Wilf's wife Dot, played by Barbara Young. Terence then made only rare appearances on the small screen, most notably alongside Victoria Wood in her As Seen On TV series in the late 1980s and also in an episode of The Return of Sherlock Holmes. Terence Longdon more or less retired from acting in 2003.

Terence was born Hubert Tuelly Longdon in Newark-On-Trent, Nottinghamshire, in May 1922. He originally planned to sit exams to enter the Civil Service, however the Second World War broke out and he joined the Fleet Air Arm. It was while in the Air Force that he first became involved in amateur dramatics and encouraged by this experience, he enrolled at RADA after the war ended. Stage work at the Lyceum in Sheffield soon followed.

Terence Longdon married the actress Barbara Jefford in 1953. This union ended in divorce in 1960. He much later married again, this time to Gillian Conyers, in 2004. They were married until his death from cancer in April 2011 at the age of 88.